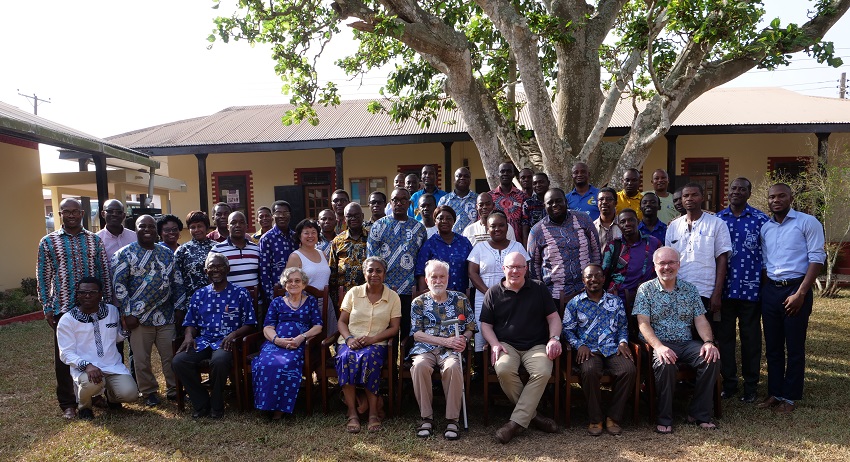 On Monday 24 February 2020, the Centre for Early African Christianity (CEAC) at ACI organised a maiden lecture through which the Centre was also officially launched. The event was chaired by Very Rev Dr James K. Walton (Research Fellow, Associate at CEAC).

In his welcome note, Dr Rudolf K. Gaisie (Director of the Centre) indicated the Centre’s desire to explore further the relevance for contemporary African Christianity, the Christian presence and activities of the first six centuries AD in parts of present day Africa such as Algeria, Tunisia, Libya, Egypt, Sudan and Ethiopia.

Present at the lecture and launch was Prof Andrew Walls who remarked on how the well delivered lecture reminded us of the significance of Early African Christianity for our reflection and experience of contemporary African Christianity and its contribution to World Christianity. Prof Walls expressed his delight to ACI for taking the initiative to start such a research Centre in especially this part of Africa and indicated his contribution to the Centre in giving a substantial part of his library to the Institute.

The Rector of the Institute, Rev Prof B. Y. Quarshie, in his closing remarks expressed his hope that the Centre will in God’s mercies continue to work to bring insights from the early African Christian experience to many African Christians at both the academic and grassroots levels. The Centre was officially launched by the Rector with his blessings.

We express our gratitude to all who were able to make it to this maiden activity of the Centre for Early African Christianity at ACI.